mcleod_ideafix
August 2012 edited June 2013 in Hardware
This aims to be an "almost" plug-in replacement for the Sinclair ULA chip fitted in Spectrum 16K/48K/Plus machines.

It comes in a form of a small PCB with a 20+20 pin header to plug-in in the ULA socket. This PCB has a 100K gate FPGA, a 50MHz oscillator, and a small platform flash chip to store FPGA configuration. An optional AD724 can be used to encode the RGB output into a CVBS/S-video signal.

I showed the PCB in the thread about the SPECTRA interface, but it's not my intention to steal that thread so I've opened this one to discuss about this project. this is the design I've sent to the PCB fabric some days ago. It's a 300dpi image, so if you print it at its original size, you will make an idea of its true size. 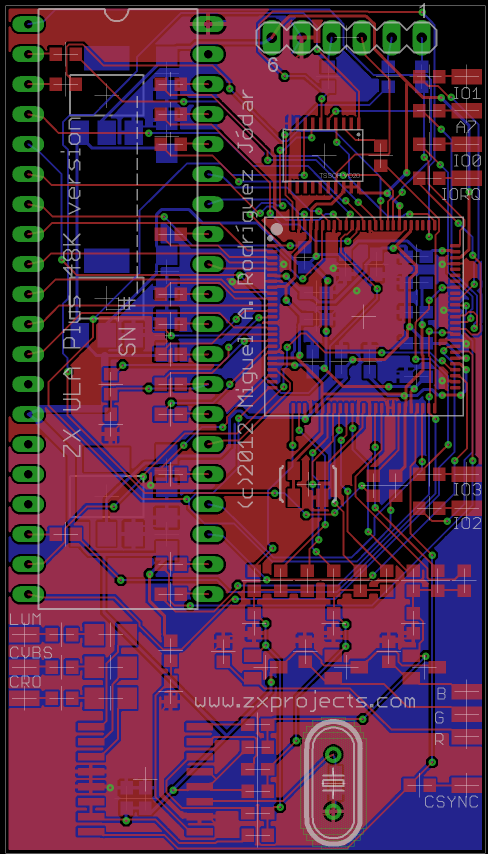 When I say this is an "almost" plug-in replacement, it's for a reason: the component video signals originally generated by the ULA are not present here (it could be generated, though). Instead of those, I've generated analog RGB (technically it's 9-bit RGB, converted to analog by three resistor ladders). Because of that, a small wire must be soldered between the pad marked as CVBS and the video input of the modulator box (if the AD724 is included). Of course, RGB are also available as output (and incidentally, S-Video)

So, at its best, the user will have to plug-in this new "ULA", and solder a piece of wire to get video output. For ULAPlus compatibility, a bit of more soldering is needed (pads marked IORQ and A7 need to be soldered to aproppiate points at the main Spectrum PCB)

This project frightens me because it will be the first time I use some technologies that up to now I've used but in a "controlled environment" at my University (translated: up to now we design the PCB's, others make them). This project will have profesionally made PCB's, but I will solder and test them myself (Winston... help! :) ) I'm more afraid to solder many tiny 0603 resistors than to solder one big chip with hundreds of pins.

So tiny resistors (and capacitors) I will need that I ordered 500 of them and they fit in a small box as this: 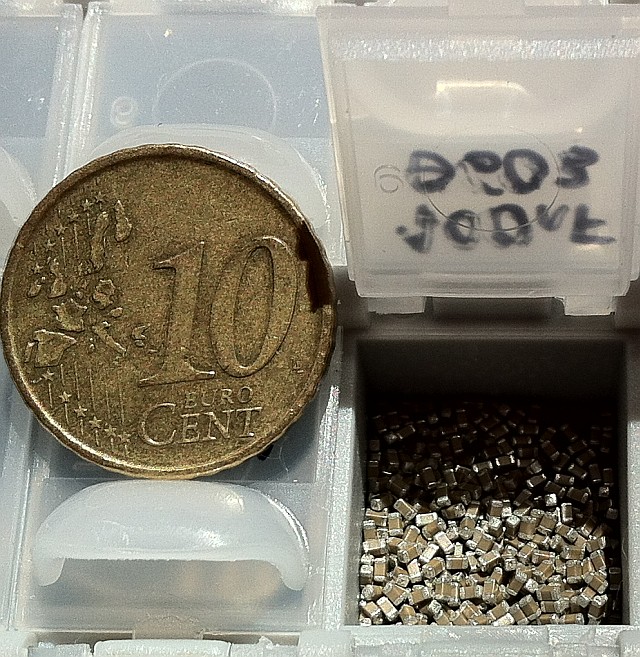 For the rest, I've bought a "SMD component book", that resembles a photo album... 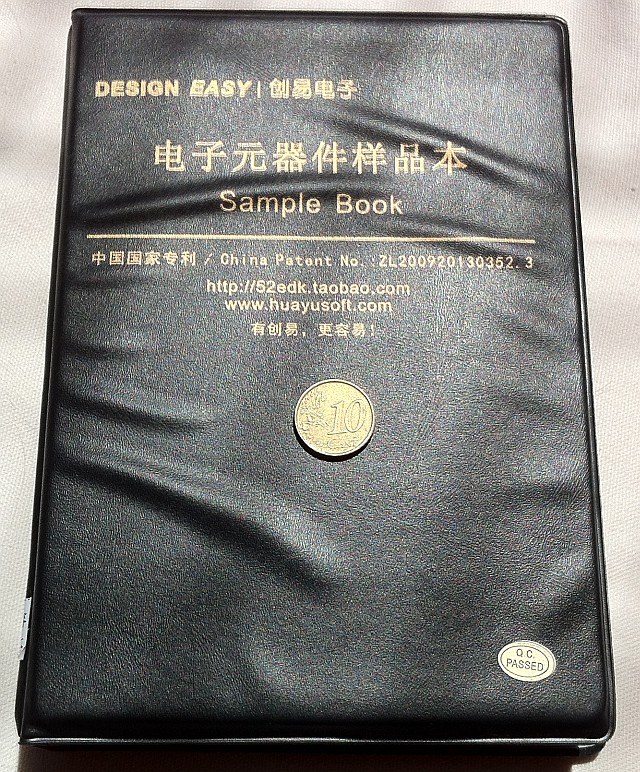 ... but it is full of more than 5000 components (resistors and capacitors) of all known values. :O 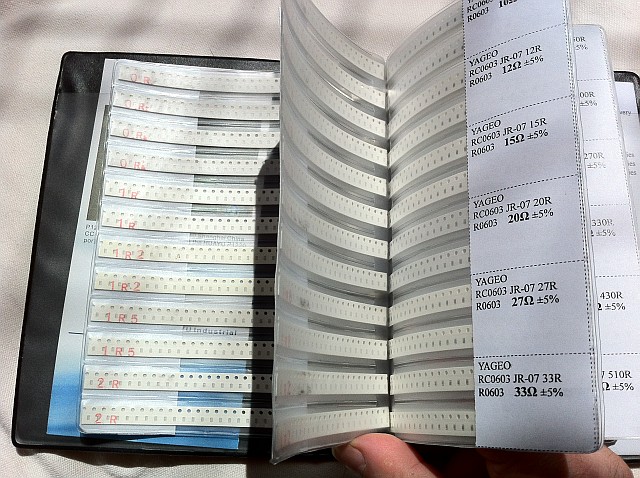 Another thing that concerns me is that Eagle, the program I've used to design this, doesn't have (AFAIK) a way to calculate the impedance of a trace. Xilinx states that the track that carries the configuration clock from the FPGA to the Platform ROM has to be of a certain impedance. To minimize any bad consequences of this, I've routed clock tracks first (to get them as shorter and via-free as I can) and then, the rest of signals. Hope this works :) (NOTE: I've realized that the length of the track is not important to calculate its impedance, but its width) 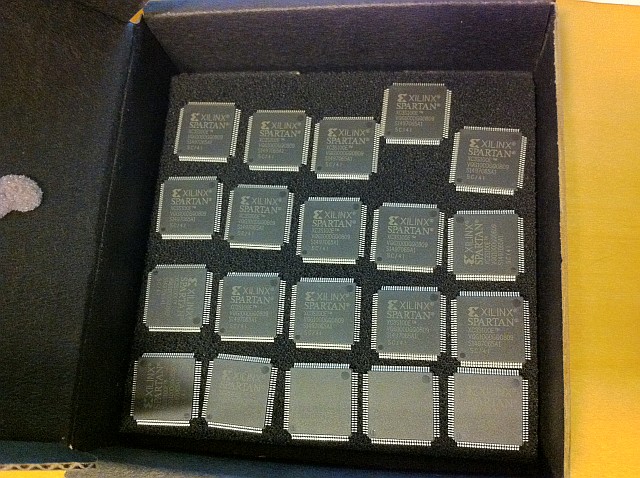 ... Xilinx states in an app note that 270 ohm resistors can be used to make them 5V tolerant. I'd have preffered to use true level shifters, but this is way cheaper, and takes much less real state in the PCB. Not all pins of the ULA socket to FPGA interface need to be 5V tolerant: for example, VRAM address lines A0-A6 are not used as inputs, and isolation resistors from address lines at the multiplexer outputs from the Z80 side are higher. Hope that the 3.3V output is enough for the address inputs at the 4116 chips.

Speaking about "cheap": why an FPGA and not a CPLD, if the later are assumed to be cheaper than the former? I also thought that, but to my surprise, it happens that the cost of a big enough (XC95288XL for ULAPlus and all the goodies) CPLD is almost 1.5 times the cost of the FPGA I'm using; add this to the CPLD needing a external SRAM to store the palette. Of course, you can argue that the CPLD doesn't need resistors to be 5V tolerant and doesn't need the configuration ROM. Actually, the cost of both solutions are almost the same, being the FPGA approach slighly cheaper than the CPLD's.

So chosing between two solutions with a similar cost, the FPGA adds much more gates and routing flexibility, DCM modules to generate clocks, and enough fast block RAM to implement an extra memory page (if needed). In addition to the ULAPlus features, things like hicolour and hires Timex modes can be implemented as well. Beyond that, you can add features (surely used by... two or three persons :p ) such as a copper processor to ease split screen implementation, or raster effects, hardware sprites, hardware scroll, DMA engine, or more demanded (trans: already in use by existing software) features, such as itegrating an AY-3-8912 core, or PS/2 keyboard support (not as fancy and feature-full as the current PS/2 adapter, but equally functional) can be added as well.

My final concern is about the time needed for the platform ROM to transfer the configuration to the FPGA upon power-on. If the RC-generated reset pulse is not wide enough and finishes before the FPGA is fully configured and the CPU clock is working, the machine won't boot.

Before sending the board, I've tested the footprints against real components (namely the FPGA and the platform ROM)... 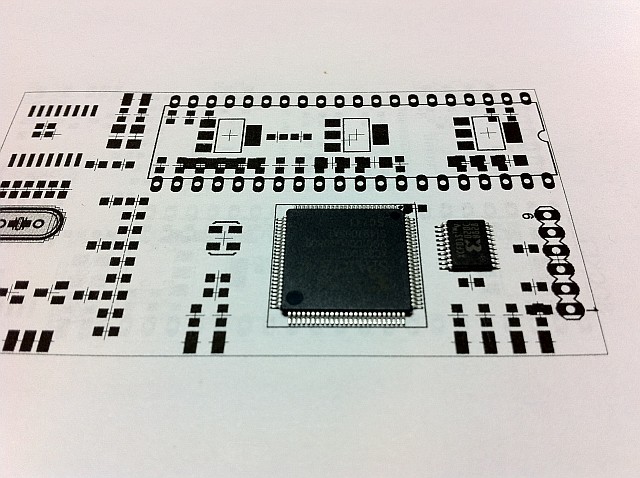 Two days ago I "approved" the design and gave it to the people at ITEADStudio. The PCB's are 0.8mm thick to ease two things: to prevent the replacement ULA to touch the upper half of the case, and to apply a method for SMD soldering I've checked at Youtube.

The guy in the video uses a griddle as hot plate for SMD soldering. The idea seems cool to me, and as no air flow is needed, my tiny 0603 resistors and capacitors won't be blown away at the first hot air breeze.

While I'm waiting for the ULAPlus PCB's, I wanted to try this method with a TQ144 XC95288XL CPLD (bigger and with more pins than the FPGA I will finally use) and a little breakout board for TQ144 devices I ordered at eBay. 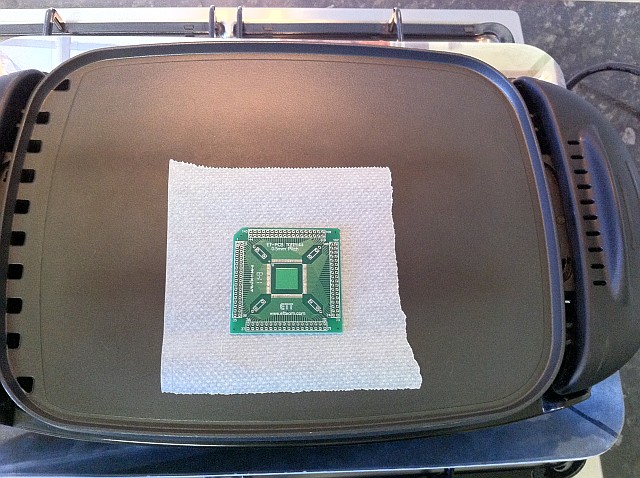 With the griddle still cold, I've applied solder paste to the footprint pads. This solder paste I'm using is... errr.... quite old. Its expiration date is marked as... ehm... 2003 :o Nevertheless, it doesn't seem that it won't work. 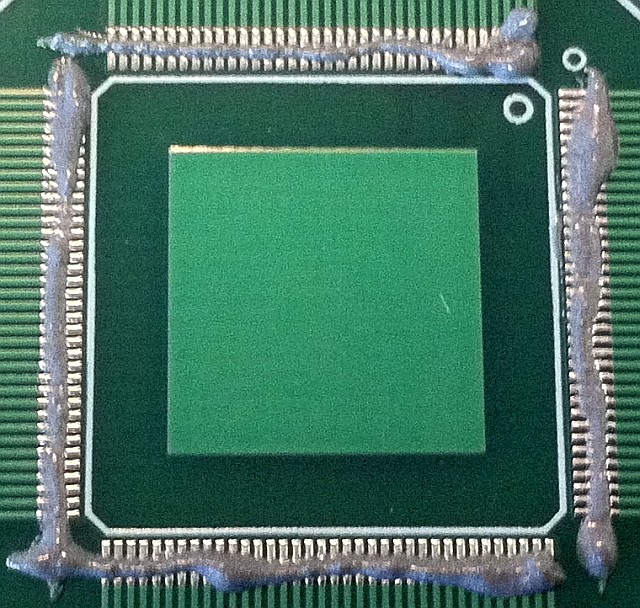 After that, CPLD placing. It's the most delicate process. It is assumed that during the soldering process, the surface tension of the melted tin will put the component in its place, but given the size of this one, I'm not sure that the surface tension generated will be enough to move it. 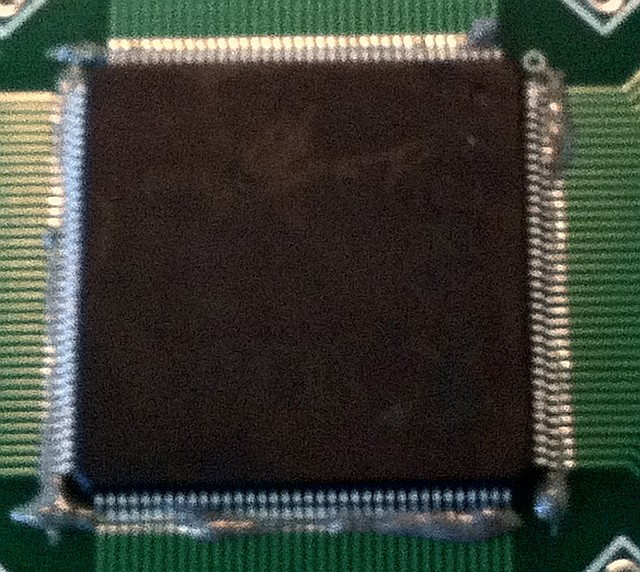 My griddle has not a temperature knob, but a power knob counting from 0 to 10, so I don't actually know how much heat I'm applying to the PCB :???: To simulate the heating profile commonly used at rework stations, I've pre-heated the griddle at 3, then up to 6, and then, to 10. After 2-3 minutes, the tin starts melting and "running" to the pads. It's clear that I've put too much solder paste in some areas, as solder blobs are formed. 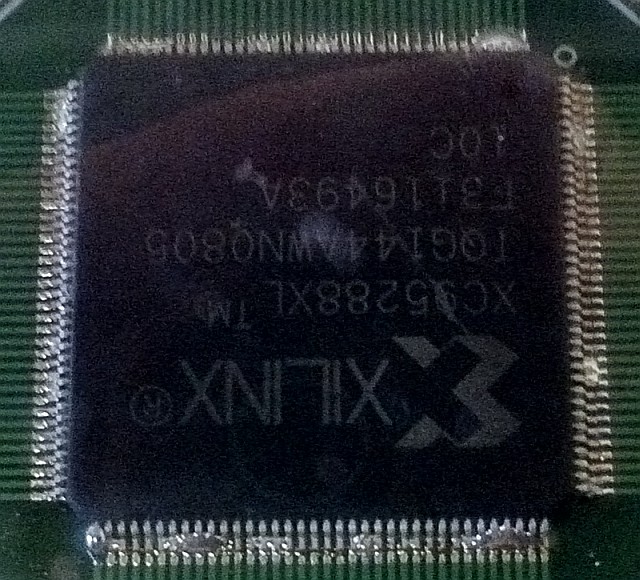 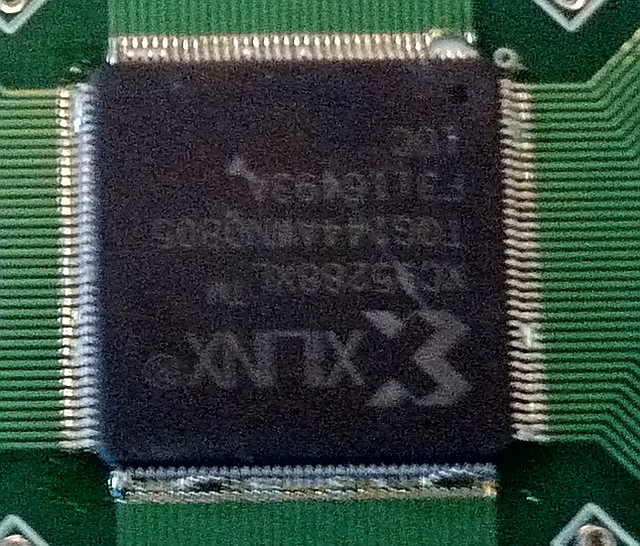 Despite that, the process is fast and the result is not bad (at places where blobs are not present, of course).

I don't know if the blobs are produced my the low quality of this expired solder paste, or it's just that I have put too much quantity at some points. Nevertheless, nothing that some solder wick cannot remove :)

It is assumed that this method will be work better with the tiny 0603 components, which haven't narrow pins and are much more lighter for the surface tension to move them into place with no problem.
Post edited by mcleod_ideafix on June 2013
«123456789»