Earlier in the summer, Mark R. Jones, who did the graphics for the Spectrum version of Dingo, asked me if I was interested in re-releasing it as there seemed to be a demand for it.

I said “Okay, but we shouldn’t just release the same version as before – I want to tweak it first“. And then I did just that over the summer. The primary thing was a desire to improve the control method – which I did, but there are a few other changes too.

* Much improved control method. This was the bug-bear for many people with the original release, but it’s now MUCH better.
* Enemy pre-spawn warning – so you can see where the Dingos are about to appear and move out the way.
* Bonus fruit stays on screen – It was easy to forget which was the bonus fruit during the game so the current bonus fruit is now displayed in the status area.
* A new loading screen.
* A couple of bugfixes.

Mark handled the duplication of the cassettes (in 3 different versions) and made a total of 52 copies. There are 26 double jewel cases, 21 clam cases & 5 double jewel ‘line drawing’ inlays. All of them numbered and signed by Mark.

Mark also arranged with Rob Buckley to have him produce a small Dingo tribute statue, so thanks to him EVERYONE who buys one will then be entered into a raffle once all the copies have been sold. Your name is entered for each copy you buy (so if you buy 2 copies your name is in the raffle twice). The person who’s name gets selected will then win the ‘Dingo’ tribute pictured below – once all the copies have been sold.

The updated version will also be put online as a free download once all the physical copies have been sold.

At the time of writing most copies are already gone and there are only 10 double cases left. Write to Mark to buy your copy if you’re interrested in one. There won’t be produced any more.

Here’s a few pictures Mark took while duplicating the cassettes. Also pictured at the bottom is Rob Buckley’s Tribute sculpture. 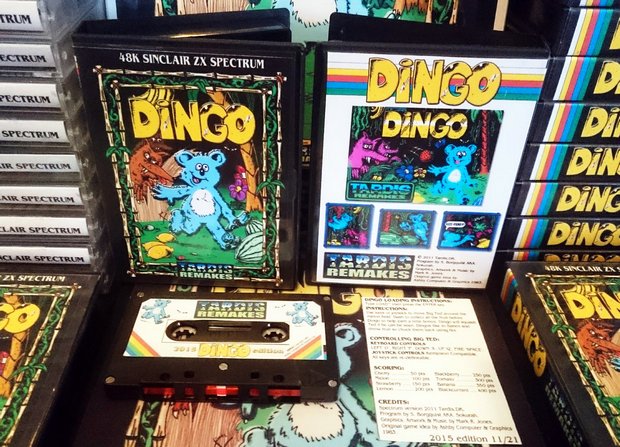 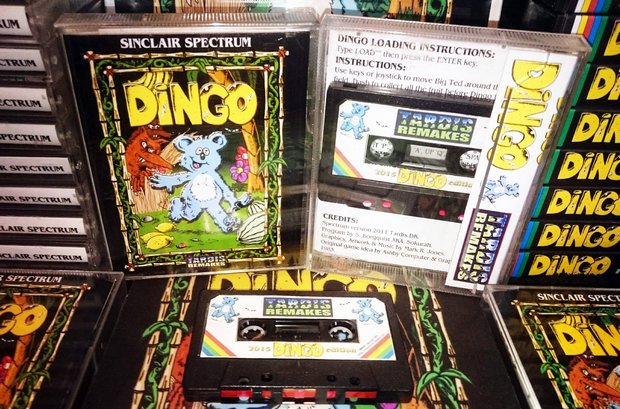 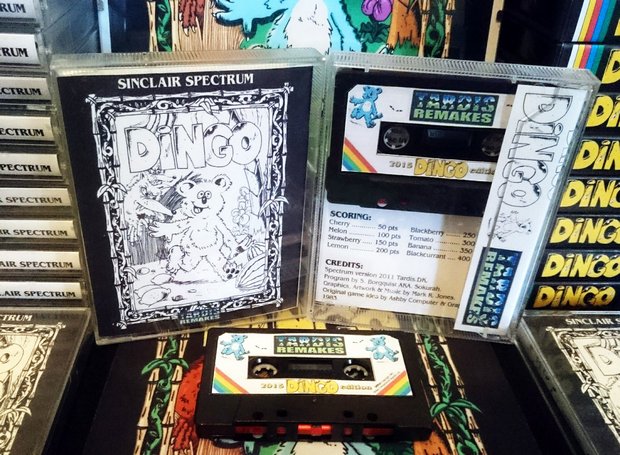 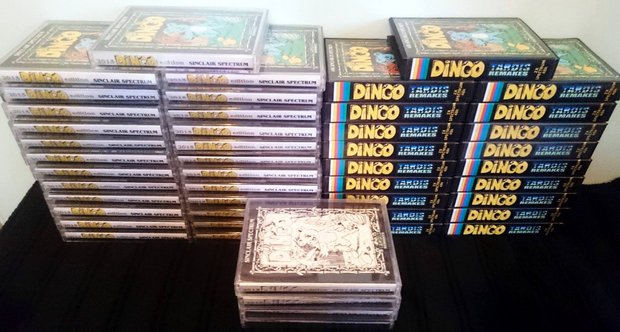 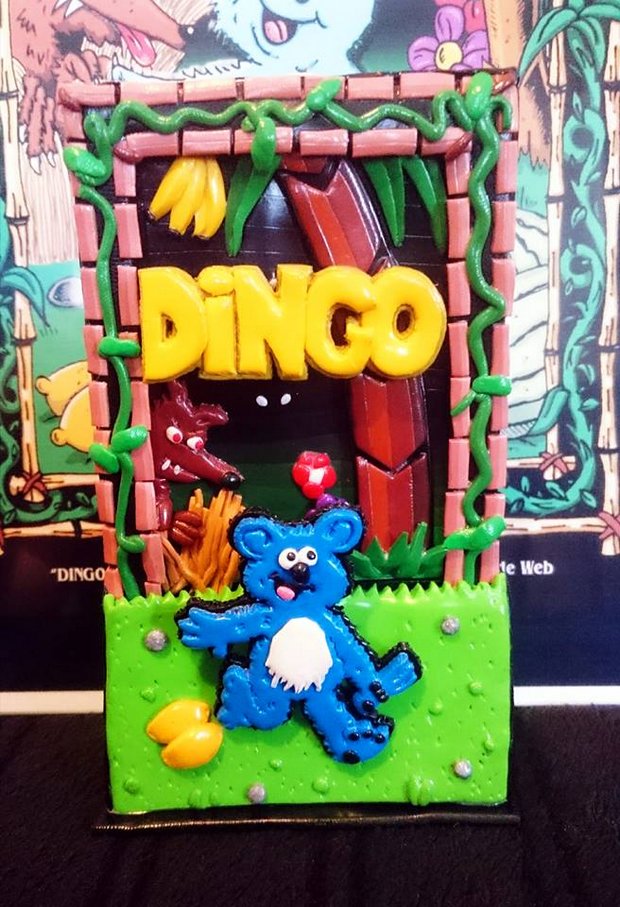 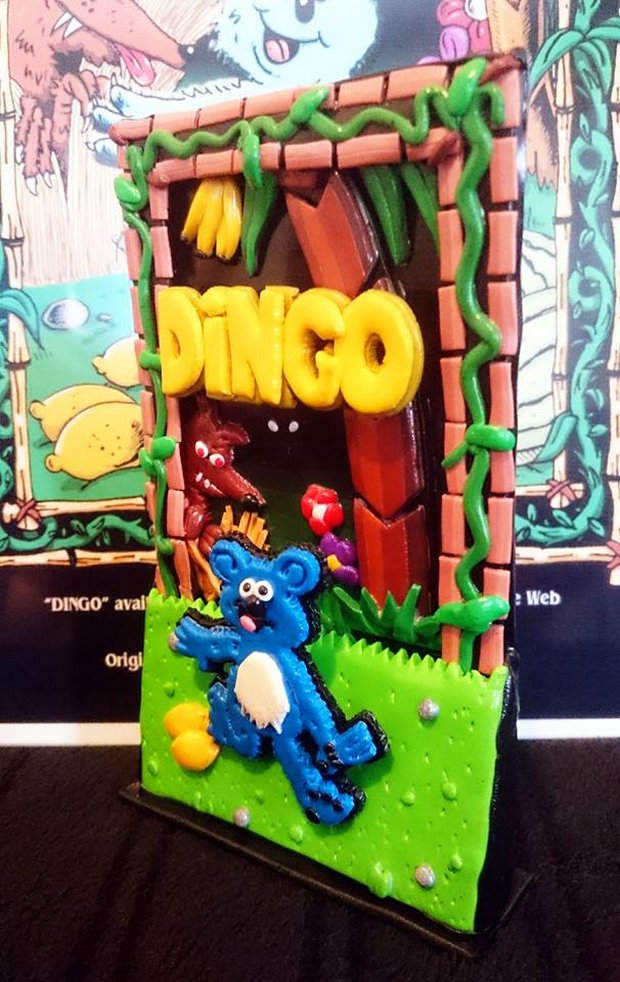 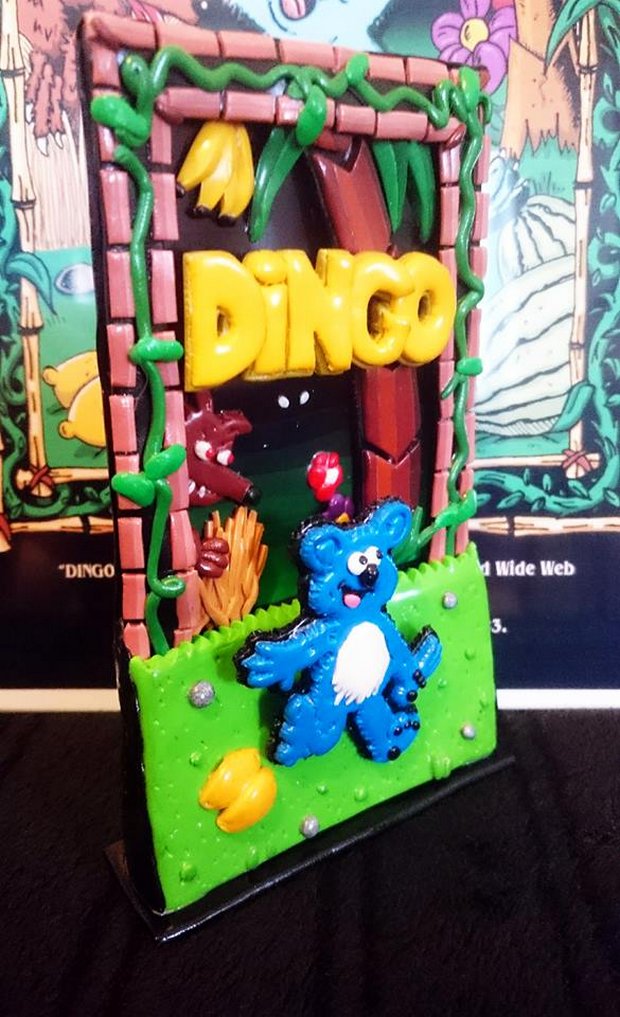