smogit
September 2015 in Hardware
This thread is an attempt to pin down the various hardware revisions of the +2 Grey. If anybody can provide further images from their machines or further information I'll incorporate it into this post

So far I've looked at both the +2's I have, the discussions on the forums and some google searches to see what I can find. There seem to be three main revisions of the PCB, within these there appear to be separate date coded batches

Z70500
Comments: Presumably the earliest versions of this board were created prior to the Sinclair takeover
Place of manufacture: These boards appear to have been manufactured in Taiwan, this is embossed on the underside of the case.
Date of manufacture (batch): The date code for the PCB batch is recorded on the top right corner on the rear of the PCB in the traces, in this case 32nd Week of 1986:

Distinguishing features: Fitted with radial capacitors, 2 bodge resistors and a capacitor on the rear of the PCB. 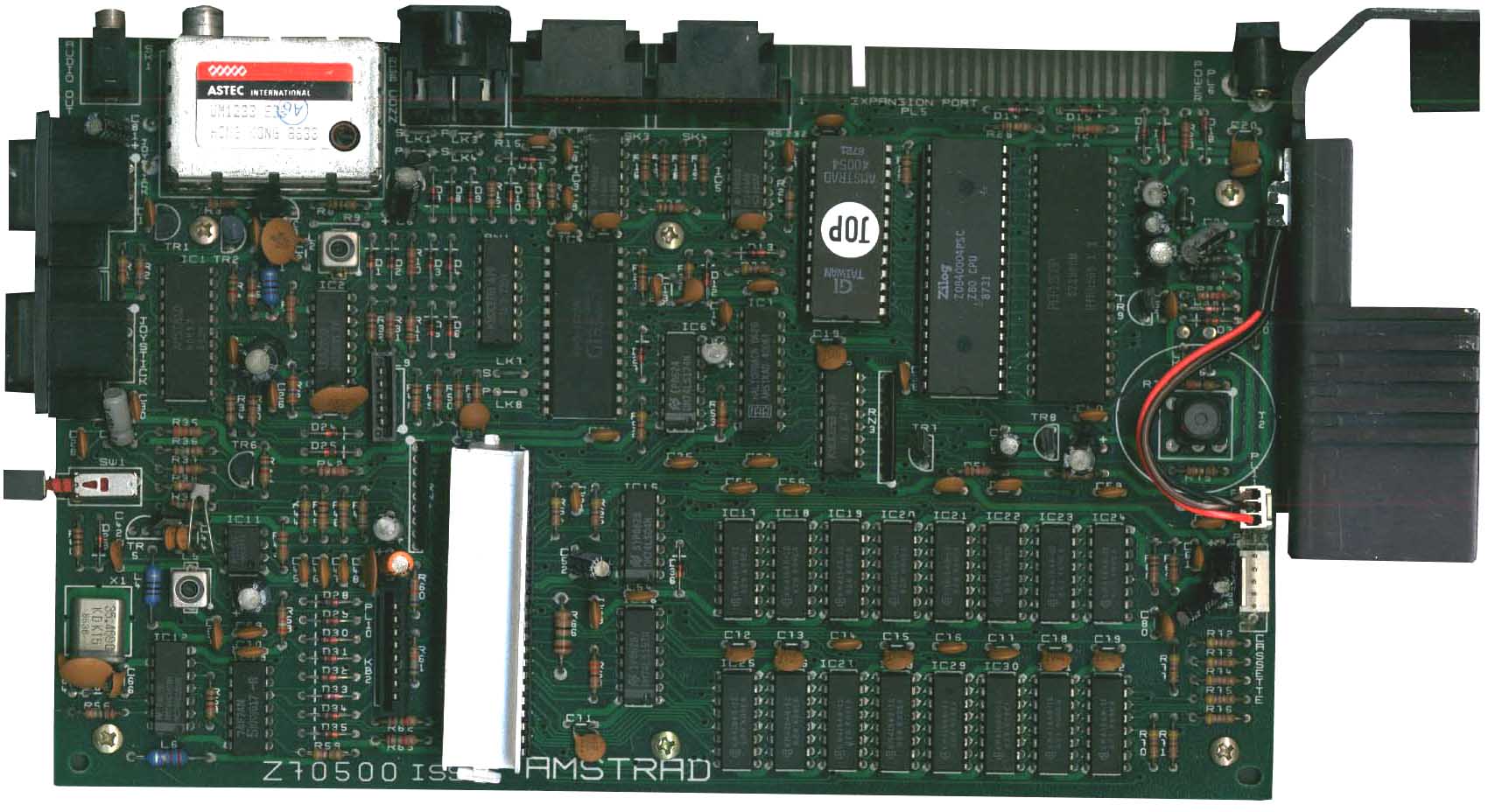 Z70700
Comments: Manufactured in the UK once stocks of the toast rack PCB were used up?
Place of manufacture: These boards appear to have been manufactured in UK, this is embossed on the underside of the case.
Date of manufacture (batch): The date code for the PCB batch is recorded on the bottom left corner on the PCB in the silkscreen

Distinguishing features: Fitted with axial capacitors (excess stock left over from the toast rack?). Lots of small coloured stickers on the modulator and elsewhere in the case. (Ben Verstee)
8645 (1986 Week 45): Colour of capacitors change, different diodes, changes to resistors in bottom left corner of the board.

0500 (Z70500 is on the rear side)
Comments: A later varient of the Z70500 (see also) possibly originally for the French market, but UK versions also exist.
Place of manufacture: Taiwan (embossed on bottom of case and PSU sticker).
Date of manufacture (batch): ? 8641A listed on the front bottom silkscreen of later revisions 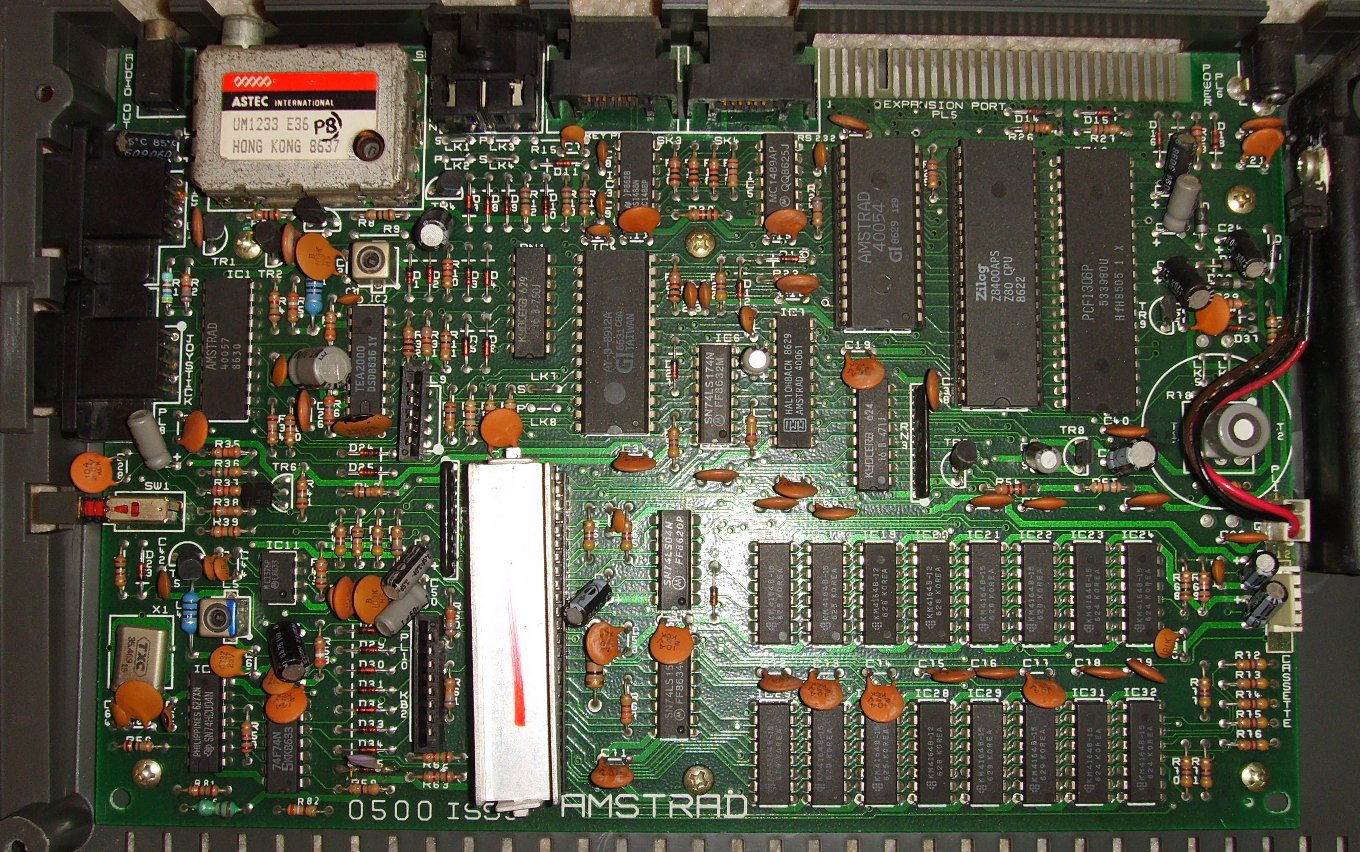 (nightfall crew)
France (1986): The modulator and associated components are not fitted, French ROM (40068)