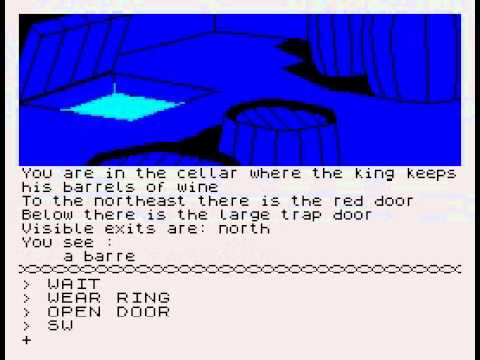 Comments: 2nd place in the C&VG 1983 Golden Joystick Awards - Game of the Year 1983.#Winner of the C&VG 1983 Golden Joystick Awards - Best Strategy Game.#There also was {book|2000171}.#This was the first Spectrum game ever to sell a million copies.#Veronika remembers: "It was never released in the US, because some company owned the rights to the pictures, and wouldn't let us license it there.#On the funny side - in a pre-release version I'd written in an angry dwarf that kept trying to kill you, and if you did something (I don't remember what) it became a randy dwarf, and kept following you around and propositioning you. But Fred and Phil decided that was a little too much, and made me take it out again."