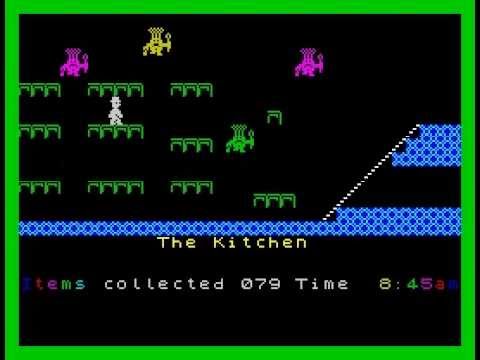 Roles : Features: Miner Willy: Known Errors: (Taken from Wikipedia):#As originally released, the game could not be completed due to several bugs. Although actually four completely unrelated issues, they became known collectively as "The Attic Bug".##Initially Software Projects attempted to pass off the most severe - The Attic bug itself - as an intentional feature to make the game more difficult, claiming that the rooms in question were filled with poison gas. However, they later rescinded this claim and issued a set of POKEs to correct the flaws.##The most notorious bug was the The Attic Bug. After the player entered the room The Attic, various rooms would undergo corruption on all subsequent game plays, including all monsters disappearing from The Chapel, and other screens triggering instant death. This was caused by an error in the path of an arrow in The Attic, resulting in the sprite travelling past the end of the Spectrum's video memory and overwriting crucial game data instead. This bears similarities to a buffer overflow, and as such is an early example of such an error - and the problems it can cause.##An item under The Conservatory Roof was placed too close to both the screen entrance and a killer object making it impossible to collect. The Software Projects fix removed the killer object.##There was an invisible and impossible to reach item in First Landing. The Software Projects fix relocated the item to The Hall - although some fixes relocated the object to The Bathroom where it became visible as another tap item. (By poking value 33, instead of 11.)##The Banyan Tree was impassable in an upward direction - the Software Projects fix changed the status of an essential block from solid to passable.