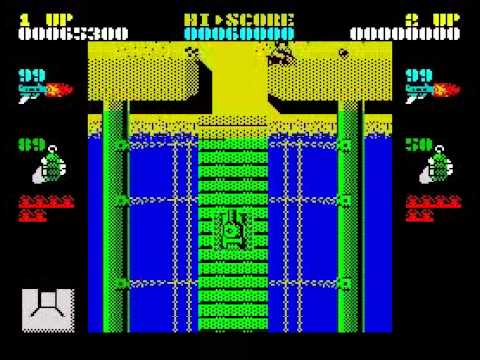 Comments: Ikari Warriors was originally announced for release end of 1986, written by {publishers|3090}. The various magazines were allowed to preview the game. However, for an as yet unknown reason, all went silent until it was finally released in 1988, written by {publishers|3118} instead.#This earlier version was reportedly finished, so we might find a copy sometime...